Not all play and no work here in Andalucia, it is relatively cheap to live here in the Alpujarras region of Spain but we still gotta work and that's what we have been doing lately, between creating a lovely new garden for a client and finishing our Moroccan styled renovation, can't wait to show you all the pictures.

But yes of course we play too, and much time is spent with the neighbours who all make the most fantastic wine - well, rude not to eh?
We worked a Iittle with one neighbour clearing his vines of weed in order for him to be able to plough the lines.  Pete and Carole were out from the UK (Our sometime neighbours) for the fiesta and Pete was keen to muck in with the viñas and soak up a little of the cultural experience, also managed to soak up a little wine....!

Later that week, post fiesta, post neighbours, we helped the same Spanish neighbour move some goods to his new house, afterwards he asked us to his bodega for a glass of the red stuff.
Of course we are easily plied, and accepted.  There's a pattern emerging here.....


Now Stan is great, always chats away and isn't bothered whether he gets it a little wrong regarding verbs and tenses, to be honest the best way to be  - as confidence is often  the hardest thing to overcome when learning a new language as an adult - which is why kids are fluent in a matter of months...I seem to have a larger capacity for words, verb conjugation and am his dictionary when he gets stuck, also have a large capacity for viño but no 'off' switch unfortunately for either of us.....Sometimes he doesn't ask,  just guesses the word assuming it's the same as the English except adding io or ia or ente (if it's latin  then that's usually fairly close!)
There we were sipping away and chatting to Diego, and Stan was asking him about the making of the stuff, the usual chatter. How many litres this year, blah blah.  Diego had just taken a mouthful when Stan asked whether he used any 'preservativos' this year.  Said host spluttered the wine and denied, most vehemently, he had certainly not used condoms in the making of this or any years wine!!   That'll be one of those words that does not translate directly then Stan! 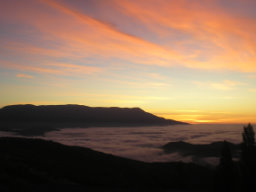 Escape from the X Factor!!

All this hoo ha from the contrived Cowell Cole camp - unfair voting, Facebook petitions, guess who gets to cash in?  Not you and not me, that's for sure! So consider a release from all that Jazz - come and soak up the last of the rays under a mild Autumnal Andalucian sky, in this recently renovated Moroccan styled house, set within a truly traditional Alpujarran village, with views to the snow capped Sierra Nevada mountains and the Mediterranean sea. Come and breathe some ozone in some of the cleanest air in Europe, and enjoy all of this at a bargain price just for October and November, just for you! The accommodation is light and spacious, sleeping 4 in two bedrooms, one double and one with twin beds. Generously proportioned living and dining areas ensure everyone can relax in total comfort, a large kitchen and newly fitted bathroom with shower and extra long bath complete the picture. Wait! A secret courtyard to soak some sun awaits you and your book, and a log fire fo 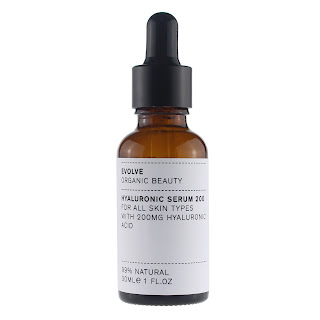 Hyaluronic acid and my 7 day Trial

I'm trying Evolve Hyaluronic Acid in a 7 day trial, and will report back daily as to the results. I'm keen to reduce my 2 vertical frown lines, which are pretty deep, so no miracles expected! What's the blurb? This pure clear serum for normal to dry skin contains 200mg hyaluronic acid per bottle, proven to hydrate skin from within and plump up fine lines and wrinkles. Organic pomegranate extract softens and protects. Delicately fragranced with organic rosewater HYALURONIC ACID  -  Hyaluronic acid can hold up to 1,000 times its weight in water making it a highly effective component in moisturisers. Hyaluronic acid helps to reduce wrinkles, making the skin look younger with an improved skin tone. . We use lower molecular weight Hylauronic Acid which penetrated deeper and has more effective hydrating properties. It also increases the production of collagen. POMEGRANATE EXTRACT  - Pomegranate is high in ellagic acid which helps to regulate cell turnover and strengthen t 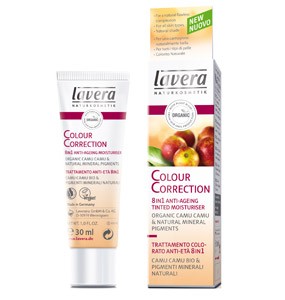 From BB to CC, and a natural deodorant from LAVERA

We've all heard about BB creams, now it's the turn of CC. What are they? Colour Corrector Creams. You know, those red patches, uneven skin tone, and pigment spots that make us wish we had Photoshop in our handbags instead of just a bag of make-up. I have a scar just under my nose that's pretty visible, and I like to use a blur cream there to fade it out a little (Rosehip oil helps greatly too). Last month I gave Lavera 8 in 1 CC cream a try. I found it a little bit drying to be honest, but a decent moisturiser corrected that. Otherwise it did a good job on my scar area, and evened out the redness that appears after the first glass of wine, or a walk in the fresh air. Living in the sun, I'm more than happy with the SPF 6, but only wish it was higher. There's a slight plumping effect as promised, which in turn left my skin feeling firmer. It's anti-ageing - always a great thing. Would I buy it again? Yes, but the colour is a little dark for lighter ski